Undercover officer ‘feels suicidal’ ,due to his actions as an agent provocateur!!

TALK ABOUT A WASTED AND MISPENT LIFE!! PEOPLE WE ALL HAVE TO TAKE RESPONSIBILITY FOR OUR OWN ACTIONS!! “I WAS ONLY FOLLOWING ORDERS” IS NO EXCUSE!! EVENTUALLY YOU WILL HAVE TO FACE UP TO THE REALITY YOUR OWN ACTIONS , AND FACE THE EFFECTS THAT YOUR ACTIONS HAVE CAUSED!!!

An undercover policeman who infiltrated a group of environmental activists has said he feels suicidal in the first interview since the operation was revealed.
Mark Kennedy, a father of two, said his life has become a “living nightmare” and that his son told him he never wants to see him again.
Mr Kennedy’s secret role was revealed when a Nottingham Crown Court trial of six people accused of planning to invade Ratcliffe-on-Soar power station collapsed as prosecutors dropped the charges.
The protesters’ legal team claimed the decision was made after Mr Kennedy, a former Metropolitan Police officer who infiltrated the group in the guise of a long-haired climber called Mark Stone, offered to give evidence on their behalf.
In an extensive interview with The Mail on Sunday, Mr Kennedy said he believed tape recordings secretly made by him were withheld from the court by police for fear it would destroy the prosecution’s case. He told the paper: “The truth of the matter is that the tapes clearly show that the six defendants who were due to go on trial had not joined any conspiracy. The tapes I made meant that the police couldn’t prove their case.”
Mr Kennedy said he was involved in five major protests, starting with one at the G8 summit at Gleneagles in 2005 when he passed on “invaluable” information to police about demonstrators’ movements. He said it was passed straight to Tony Blair and that he was given a commendation for his role.
He claimed he was beaten by five police officers in 2006 in a protest at Drax power station in Yorkshire after he tried to stop them hitting a female activist he knew. He told the newspaper he suffered head injuries, a prolapsed disc and broken finger. Other protests he took part in included those at Didcot Power Station in Oxfordshire in 2006, the G20 summit in London in 2008 and in Copenhagen, Denmark.

He said the fall-out from the undercover operation has left him feeling suicidal. “I am physically and mentally exhausted,” he said. “I have had some dark thoughts. I thought I could end this very quickly. I went to see a psychiatrist recently and told her I was having thoughts of suicide. I don’t have any confidence. My world has been destroyed.”

He also spoke of his despair at being confronted by the environmental activists when his girlfriend discovered his passport – in his real name. Mr Kennedy said the atmosphere at the meeting was “hugely menacing” as he was told his former friends knew the full details of his true identity. He said he fled to the United States soon after that amid fears for his safety.

Investigations into the case are now being carried out by the Independent Police Complaints Commission, with Nottinghamshire Police conducting an internal review.

SEE WHAT FREEDOM AND DEMOCRACY LOOKS LIKE IN THE 21ST CENTURY!!! 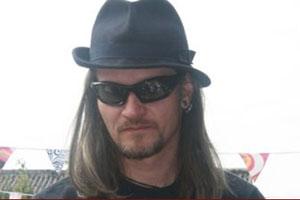 What a Police Agent Provocateur looks like. Mark Kennedy incites violence ,so innocents get beaten, and snitches on his friends

SO MARK KENNEDY HAS EVIDENCE TO SUPPORT THE PROTESTORS INNOCENCE AND THE POLICE ILLEGALLY HIDE IT FROM THE DEFENCE. OBVIOUSLY THE POLICE FORCE DOES NOT CARE IF YOU ARE GUILTY OR INNOCENT!! THEY JUST WANT TO MAINTAIN POWER. ITS A POLICE STATE, THEY ALREADY GET AWAY WITH MURDER!!

WHAT WAS MARK STONE “AKA KENNEDY” PURPOSE AS AN INFILTRATOR ON THE POLICE PAYROLL? INCITING VIOLENCE AND PUBLIC DISORDER SO THE POLICE HAD AN EXCUSE TO CRACK HEADS OPEN!! AN AGENT PROVOCATEUR!!!

An undercover British agent encouraged protesters to attack Irish police officers at an EU summit in Dublin, the Guardian newspaper has reported.

The undercover policeman Mark Kennedy did more than just observe and was an active participant in the proceedings, according to the newspaper.

The militant anti-capitalist protestors that were at the summit, which marked the accession of eastern European states to the union, are saying that Kennedy made visits to Dublin to help train protesters and encouraged other activists to attack the police, raising further questions about his role as an undercover officer and supports claims he acted as an agent provocateur.
Michael D Higgins of the Irish Labour party is demanding an explanation from Britain as to why one of its undercover policemen was operating in the republic.

“This kind of activity is totally unacceptable … There are many of us who are familiar with the destructive consequences, in terms of democracy, that have flowed from this kind of activity from the 1970s on in relation to Northern Ireland,” said Higgins.

Anti-capitalist activists believed Kennedy to be a fellow protester named Mark Stone during the violent clash between demonstrators and the Irish police riot squad in Dublin’s Phoenix Park on May Day 2004. The area around the park was sealed off by a large security cordon as police sought to protect the EU heads of states in Dublin for the ceremony at the Irish president’s residence. While most of the demonstrators were peaceful, about 500 attacked the gardaí.

Said one of the protesters on Kennedy’s actions on the day: “I saw him taking off his balaclava as he was coming out of the crowd. I was amazed that someone would stand close to police lines and take his mask off.”
It was evident before the protest that police had intelligence on the activities of the activists who had travelled across the Irish Sea from Britain, suggesting that they had an informant in the protest movement. A police unit from the Pearse Street station arrested several people after smashing its way into a flat on Leeson Street in Dublin occupied by English anarchists.

“Some people arrested from the UK were kept here for two months but he did not get nicked for that. He was one of the people who were encouraging a confrontation with the garda up at the Parkgate,” said an activist who played host to Kennedy.

He said Kennedy made at least two other visits to Ireland over the next two years, including acting as a trainer on a program on civil disobedience for anarchist activists in 2004 and two years later joining the mass demonstration against the visit of George Bush to Ireland.
“I found him very personable, very affable. I never suspected him. Growing up in the north of Ireland you know there are people out there who are informers but I never had any strong doubts about him,” said the anarchist
http://www.irishcentral.com/news/British-undercover-agent-led-attack-on-Irish-police-at-rally-113840214.html

JOIN THE POLICE FORCE AND BECOME DISPISED BY FAMILY AND FRIENDS ALIKE. BETRAY THOSE THAT PUT TRUST IN YOU AND HAVE THEM LOOK AT YOU LIKE YOU ARE A PILE OF SHITE! MAKE YOUR LIFE A LIVING HELL AND AN ENDLESS LIST OF LIES ,BETRAIL , DISHONESTY AND DECIET…….ONLY TO BE DROPPED LIKE A HOT POTATO AND LEFT TO FEND FOR YOURSELF AS SOON AS YOUR USEFULNESS IS OVER.

THE METROPOLITAN POLICE FORCE HAS A CULTURE OF CRIMINALITY. THEY CONSPIRE TO CAUSE VIOLENCE AND MURDER INNOCENT CITIZENS AND THEN LIE AND COMMIT PERGURY…….BUT NO-ONE WILL FACE CHARGES!

Plain-clothes Metropolitan police officers were at G20 demonstrations Metropolitan police admits senior commander gave false information to MPs when quizzed about protests in 2009
The Metropolitan police was forced to admit today that one of its senior commanders gave false information to MPs when he denied having plain-clothes officers in the crowd at the G20 demonstrations in London in 2009
The Met statement said: “Prior to the evidence session, there had been extensive discussion in the media and then at parliamentary committees about allegations that police officers were acting as agent provocateurs in the protests.

http://www.guardian.co.uk/uk/2011/jan/19/plain-clothes-metropolitan-police-g20
JUST LIKE KEVIN FULTON ,THE MAN THAT SUPPLIED AND MADE AND PLANTED THE IRA BOMBS. HE TOO WAS A BRITISH AGENT , SO WERE HIS BOMB SUPPLIERS!! YES THE BRITISH ESTABLISHMENT WAS RUNNING THE IRA SO IT COULD PASS TERRORIST LAWS AND KEEP THE MASSES SCARED AND IGNORANT!!

I WAS ONLY FOLLOWING ORDERS IN NO EXCUSE!!!!

British agent within the PIRA, now living in hiding as ‘Kevin Fulton’. Interview covers operations he undertook for the PIRA, his relationship with British intelligence operatives, collusion in Omagh bombing, and execution of Denis Donaldson

IMHO THIS IS THE SIMPLE 2 STEP SOLUTION ,DIRECT DEMOCRACY AND A DISOLVABLE PARLIMENT ,NO FUSS , NO VIOLENCE , NO BLOODSHED!

This entry was posted on Tuesday, January 18th, 2011 at 9:29 am and is filed under 911, CURRENT AFFAIRS, Environment, FINANCIAL INDUSTRY, POLITICS, War On Terror. You can follow any responses to this entry through the RSS 2.0 feed. You can leave a response, or trackback from your own site.